Put 50 years of first hand experience in brand marketing to work for you today! 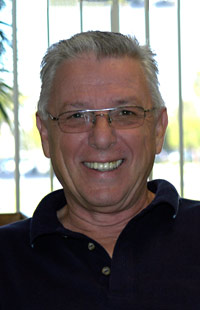 Rit Lefrancois left a successful corporate career, spanning more than 35 years, to co-found Vantage Strategic Marketing. Recognizing the need for a strategic approach to marketing to better serve the marketing and communications requirements of mid-size product and service companies.

Rit's career has been devoted entirely to research, marketing, and branding for mostly motorsports companies. First landing a position with Opinion Research of California working as a part-time Research Analyst while finishing his graduate work. He was promoted to Research Manager where he continued until his career got on the fast track, literally and figuratively.

Rit took his love for motorcycles and passion for marketing to Kawasaki Motors, USA where he was positioned as Assistant Department Manager of Market Research. During his tenure he was involved in product planning for motorcycles, as well as snowmobiles and the introduction of the first Jet Ski.

As Rit's reputation grew, he moved on to Yamaha Motor Corp., USA. where he became heavily involved in the planning process for motorcycles and snowmobiles. But more importantly, he was influential in the development and launch of All Terrain Vehicles (ATV's), eventually overseeing the growth to well over 100,000 units per year.

When it was recognized that there was growth potential in the Parts and Accessory Division, Rit was put in charge to oversee the Engineering, Sales, Marketing and Purchasing departments for accessories. His leadership and vision helped increase sales ten fold.